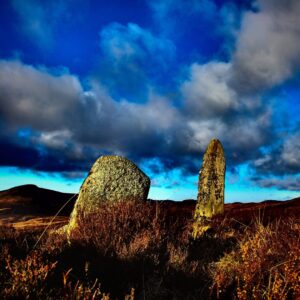 This stone circle, a little more than ½ mile East North East of the shepherd’s house at Braegrudie. 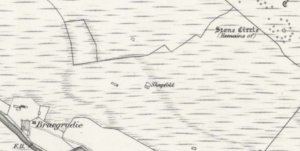 This stone circle has had a double ring of stones – an outer, 28ft in diameter and an inner, 22ft in diameter. Of the outer circle, two stones remain upright in position, one merely protrudes above the ground and two lie prostrate. Of the inner circle there appear to be five stones in situ and one prostrate.

A Guide to the Stone Circles of Britain, Ireland and Brittany by Dr Aubrey Burl gives a wonderful description of the stones: “Below a hillside wrinkled like chilled skin and above the smooth curves of the River Brora this is an attractive, though disturbed, ring on open moorland. Five rewarding stones still stand on the perimeter of an oval 31ft. Three others of fallen and out of position. The tallest stone, a gaunt grey column is 6’6” high.” 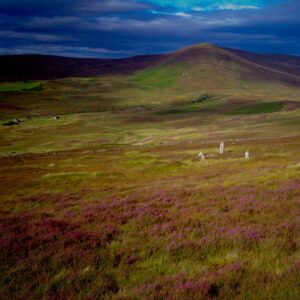 The stone ‘circle’ from a distance

Thanks to Dave Allen, Tannachy for the glorious images.