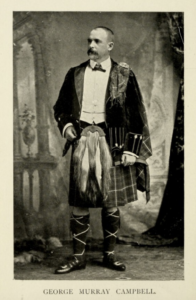 At one of the Heritage’s ceilidhs, not so long ago, Alex Campbell Eiden asked us to look into the life of one of his relatives George Murray Campbell, a notable civil engineer who was involved in constructing railways throughout the far east and further afield.

George received his early education in Rogart and at the age of 23 embarked on his international railway career starting in India, two years later moving to Ceylon (Sri Lanka), thence to Jamaica in 1880. He had positions of great responsibility almost from the beginning, as a manager and then as a partner.

Not only was this man a civil engineer of some renown but he was also multi-lingual: “One of the principal reasons for Mr Campbell’s success has been the facility with which he has acquired the native languages, – Hindustani, Tamil, Singalese, Malay and Siamese, thus being able to give his instructions direct. This he ascribes to his knowledge of Gaelic.”

In 1887 he married Eliza (or Lily) Haynes, third daughter of William Haynes of Hampstead. Eliza was born 25 September 1852 at Chichester, died 1 October 1908 at Westhampnett, buried North Mundham. She is described as ‘a most accomplished lady’ who was by her husband’s side on most of their extensive travels abroad. 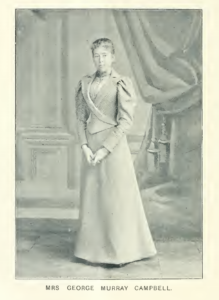