He was buried in the Contay British Cemetery, France and is commemorated on the Rogart War Memorial. 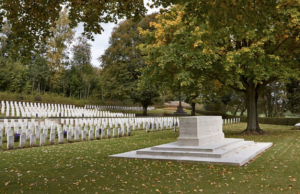 Grateful thanks to The Scottish Military Research Group – Commemorations Project for information on this page. The news clipping from the People’s Journal of 20 January 1917, courtesy of AmBaile.