Sergeant John McDonald Baillie was killed in action at Armentières on Monday 8th January 1917, aged 48. His regimental number was 400 and he served in B Company 39th Battalion Australian Infantry, Australian Imperial Force

Born about 1869 in Rogart, Sutherland, John Emigrated to Australia aged 20, His parents were John and Jean Baillie, and his wife was Elizabeth Baillie (nee Pidd) of Johnston Street, St Kilda, Victoria, Australia. John’s wife Elizabeth was born 12 October 1874 in Queensland, Australia; they had married on 12 May 1891 and had 4 children together. 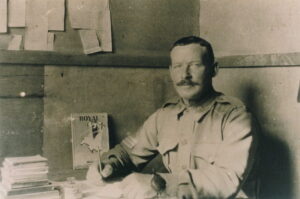 The 39th Battalion was first formed on 21 February 1916 at the Ballarat Showgrounds, in Victoria, for service during World War I. Under the command of Lieutenant Colonel Robert Rankine, the battalion was raised as part of an expansion of the First Australian Imperial Force (1st AIF) that took place at the conclusion of the Gallipoli Campaign. the majority of the battalion’s recruits came from the Western District of Victoria, and together with the 37th, 38th and 40th Battalions, it formed the 10th Brigade, which was part of the 3rd Division. Following a brief period of training in Ballarat, the 39th Battalion marched through Melbourne on 15 May as the city fare-welled the unit and they subsequently embarked upon HMAT Ascanius on 27 May 1916, bound for the United Kingdom. Sailing via Cape Town, the battalion landed at Plymouth on 18 July 1916, and moved by train to Amesbury, before marching to Larkhill on Salisbury Plain, where they undertook a period of four months training before being sent to France in November. After completing the Channel crossing on 23rd-24th November, they landed at Le Havre and moved to the front by train. On the night of 10 December, the battalion took its place in the trenches along the Western Front, relieving its sister battalion, the 37th, around Houplines in the Armentieres sector. They remained at the front for the next week, as part of their introduction to trench warfare, during which time the battalion repelled a small German raid and sent out patrols into no man’s land. 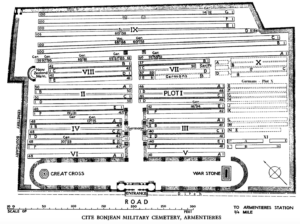 Grateful thanks to Alasdair Will for his meticulous research.