Corporal (Piper) William Macdonald, died of wounds as a Prisoner of War, 3 October 1914, Doberity, Germany. He was aged 23. He enlisted at Bonar Bridge in 1911 as a Regular Soldier and served in 2nd Battalion, Seaforth Highlanders. His Regimental Number was 607. He arrived in France in August 1914.  He was wounded on 26 August 1914 at Mons, Belgium, and taken prisoner.

Mons was the first major action of the British Expeditionary Force in the First World War and it is said that William was the first battle casualty from the parish of Rogart.

He was awarded the 1914 Star, Victory Medal and War Medal. 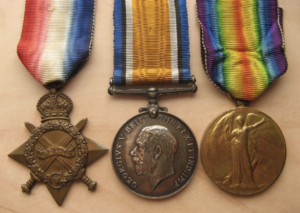 William was buried in Berlin South Western Cemetery, Stahnsdorf, Germany and commemorated on the Rogart War Memorial and recorded in the Clan Donald Roll of Honour Book. 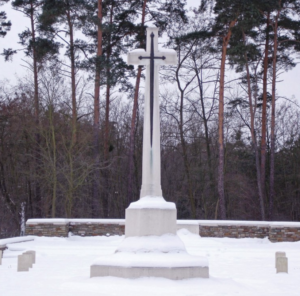 William Macdonald was the Uncle of our historian, John Macdonald.

Grateful thanks to The Scottish Military Research Group – Commemorations Project for information on this page. Clipping from Northern Chronicle published on 11 November 1914, courtesy of AmBaile