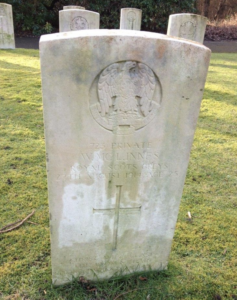 He was a regular soldier in 2nd Dragoons (Scots Greys), Regimental Number – 723

William was born in Rogart in 1888, had lived at Kemnay, Aberdeenshire but enlisted in Golspie. His parents were James and Maggie Gordon of Leschangie, Kemnay

His remains were buried at Netley Military Cemetery, Hampshire and he is commemorated on the headstone of his uncle, Dugald Watson, in Rogart Burial Ground. It is inscribed here that he ‘died of wounds’. His death is listed on the Rogart War Memorial but not on Scots Greys Memorial, Princes Street, Edinburgh

Thanks to The Scottish Military Research Group – Commemorations Project for this information and Billion Graves for photograph.