The parish was once a hive of activity, notable for its tweed and woollen goods. Home industries of spinning and knitting employed local women and the mill made high quality tweeds. 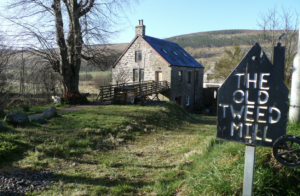 Tweedmill by The Cycling Scot

For almost 100 years there had been a tweed shop at Bank, Rogart. Even today down in all the nettles and scrub beside the burn there the sad remains of this once thriving business. Mrs Sutherland (Milton) remembered well the tweed being stretched out to dry.

In 1880 Miss Cathy Pirie’s grandfather, Duncan Pirie, came from Home Mills Inverness to manage the Pittentrail tweed mill. His health was poor but the Rogart air suited him, so he gave up his job in the mill and decided to start up on his own.

He started building a house and the mill premises but, before it was completed, he died. He was buried in Rogart but his widow stayed on – the family being grown up and out into the world. One son, Angus, was a baker and confectioner in Manchester; he was not married and he was able to come home to be with his mother. He learnt the art of weaving, completed the building and set up in business with his mother who was also a weaver. 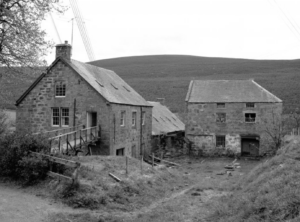 In the room where the shop was (the North West end) he set up two looms – one for each of them and upstairs in the room above he had a large wooden room for weaving blankets 72in wide. The green shed next to the house was the shop where they sold their tweed and blankets. 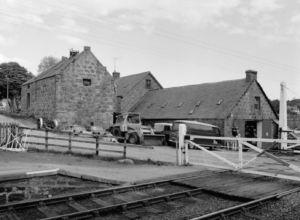 During the First World War Pirie bought a shop in Dornoch and each year from June to September they move down to live in that city. He had a loom there while his wife and their daughter Cathy worked in the shop. After her parents’ day Cathy kept the business going, eventually giving up the Dornoch shop and concentrating on the shop in Rogart where her father had the looms. She sold tweeds and upmarket wares. They had built a clientele through their Dornoch connections, mainly the people who came every year to the shooting lodges and hotels. They bought their tweeds and visited Cathy’s shop faithfully until she closed around 1987. The then Princess Royal was an annual visitor. 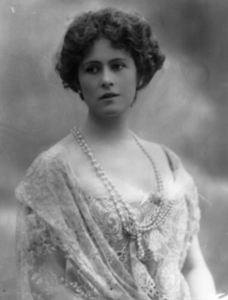 Weaving was undertaken by many parishioners spurred on by the enthusiasm of Duchess Millicent. To encourage weaving she sent Robbie Mackay Dalmore to Harris for a year, to learn the trade, and when he came back he set himself up in the wooden shed on the croft at Dalmore, just above the arch, where his mother helped him with the business.

They were successful with the mother drying tweeds on the railway fence and pressing them between heavy stones. Johnny McKenzie was Robbie’s younger half brother and he picked up weaving from Robbie. Then the war came, Robert was called up and when he returned his mother had died. He had no drive and he never resumed the weaving, but Johnny kept it up having his loom in the barn at the Croft across the arch. 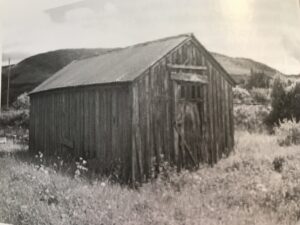