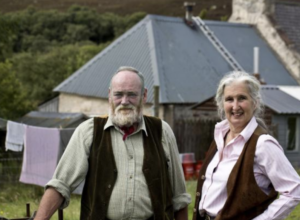 Last night, after 25 years in Rogart, we said farewell to Penny and Robin who have been so much part of The Heritage. The couple were presented with small tokens of our esteem and they were wished every happiness and success in their new adventure on Sanday. They are leaving Reidchalmai and moving to Orkney in December to enjoy their retirement where they will manage a smaller property with 36 acres.

A new Chairlady was elected as a result of Penny’s resignation and the role will be in the capable hands of Charlotte Gibson​ who has served as the Society’s Secretary for 9 years in the past. Stressing that she sees this as an interim measure until the next AGM in April, Charlotte would like to encourage new and existing members to become actively involved in ensuring the future of the group. Charlotte says “We need people with energy, time and enthusiasm to promote and preserve the area’s heritage.” 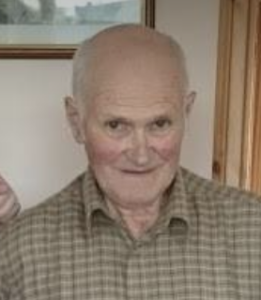 Local stalwart John MacDonald, who could not be present but sent a message of support and farewell to Penny & Robin, was elected as Vice Chair, vacating his previous position as Secretary. John is widely known as a major local historian who has documented a vast wealth of knowledge about the Parish and is the “go-to” person for family historians, academics and professional researchers. John has published numerous books based on oral histories, published and unpublished documents, which he has gathered over many years, and he has been a leading light in The Heritage since its inception. 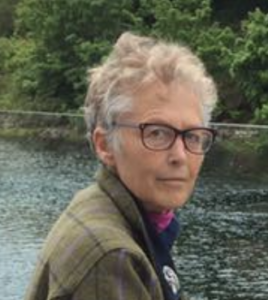 Christina Perera (nee Sutherland), from Ascoile, has been working behind the scenes running the Society’s website and Facebook page for the last six months. She is editing John’s next book for publication and made a successful bid for a grant from SSE to fund its printing. Christina was elected Secretary in John’s place and stated “John will be a very hard act to follow and I will very much rely on his guidance and support. I am passionate about keeping the group’s unique character whilst ensuring it is equipped to meet future challenges.”

***** If you think you have something to offer to Rogart Heritage Society please get in touch. Come along and find out what we do.*****